However, there is a place where rhinos still thrive. The Lewa Wildlife Conservancy in Kenya has found itself with a unique, but happy, problem: they have too many black rhinos, which are considered Critically Endangered by the IUNC Red List. The rhino population at Lewa has hit its limit for the 62,000 acre nonprofit protected area, and there are too many rhinos for the space.

“Since 2000, Lewa’s black rhino population growth rate has averaged 10%, higher than the national target of 6%,” the CEO of Lewa Wildlife Conservancy, Mike Watson, told Mongabay. However, signs like more rhino fights and males trying to knock down the fence of the Conservancy mean that there isn’t enough room. 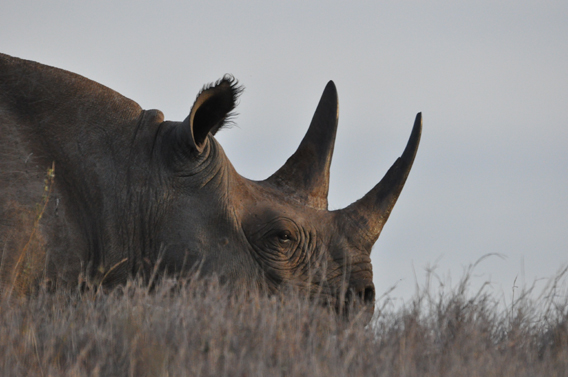 Currently the reserve has 74 black rhinos (Diceros bicornis) and 56 white rhinos (Ceratotherium simum). To deal with Lewa’s rhino surplus, they now plans to move around 20 rhinos to other protected areas if they can secure the funding.

So, what’s Lewa doing right? Watson points to the high security around Lewa to protect the rhinos from poachers. Says Watson, “If [the rhinos] aren’t seen after four days, we begin an aerial search of the conservancy that doesn’t end until we’ve found them.” Watson also says that involving local communities in conservation efforts, having a close relationship with the Kenyan government, and constantly updating training for rangers are key to the reserve’s anti-poaching successes.