Apple is investigating whether tin mined from Bangka Island in Indonesia, where child labor and environmental damage from the mining has been reported, is used in its iPhones and other products.

The Guardian revealed last year that tin mining in Bangka Island is largely unregulated and depends on child labor. As well as causing environmental damage, it is said to also be responsible for 150 deaths of miners every year.

Apple said in a statement: “Recent concerns about the illegal mining of tin from this region prompted Apple to lead a fact-finding visit to learn more.”

The Californian-based company will work with the Electronic Industry Citizenship Coalition (EICC) and is funding a new study into tin mining in the Bangka Island region so it “can better understand the situation”.

Friends of the Earth said the move was “a welcome first step. But Apple is still refusing to publicly come clean about where the tin in its smartphones is from.”

Pressure on the biggest smartphone companies, Samsung and Apple, was lead by the Friends of the Earth Make it Better campaign to force them to declare publicly whether they use Bangka tin in their electronic products. The campaign also called for the smartphone companies to implement a plan to put a stop to the human and environmental problems caused by tin mining and to be fully transparent about the companies in their supply chains.

Following this, Samsung admitted in April that its phones may contain tin from the Bangka mine area but that they were not sourcing it directly.

According to Apple, 249 of its suppliers use tin in components for its products. 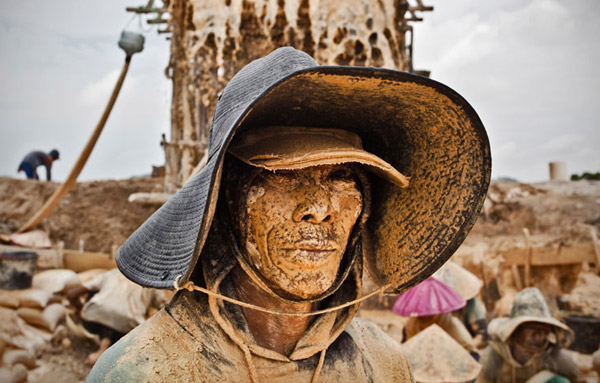 A worker at a tin ore mine in District Sungai Liat, Bangka island. © Ulet Ifansasti 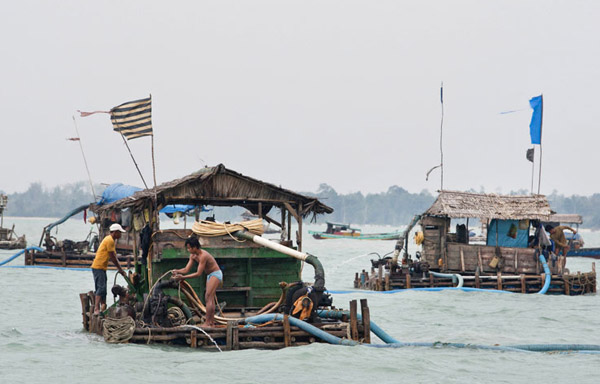 Independent miners use suction pumps to hoover the sea bed, as they search for tin ore in the waters off Rajik village. © Ulet Ifansasti 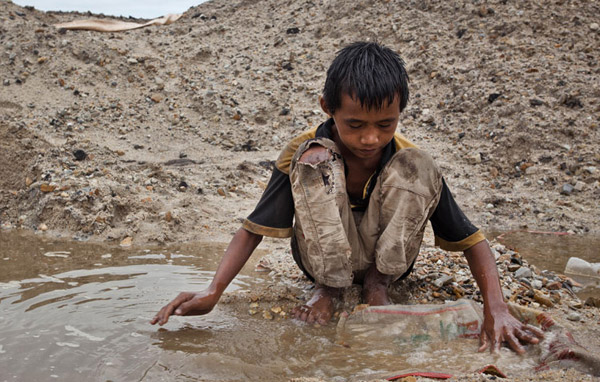 Febri Andika, a young tin miner, searches for tin ore at a mine in Belo Laut village. © Ulet Ifansasti 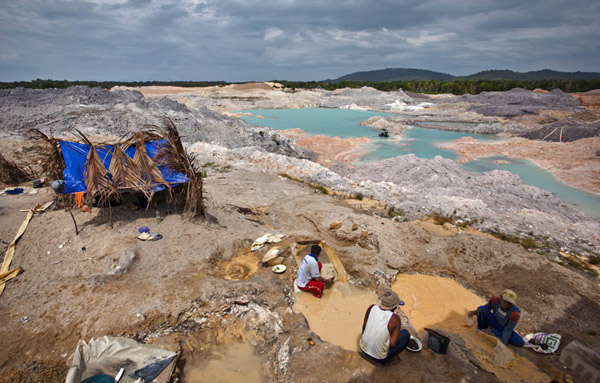 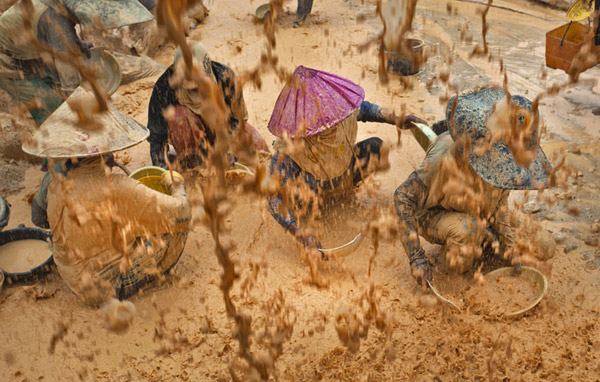 Workers at a tin mine in Tanjung Pesona. © Ulet Ifansasti

Original Post: Apple to establish if tin from Bangka Island is used in iPhones

(06/26/2013) A coalition of anti-corruption and environmental NGOs has urged Indonesia’s anti-graft body to investigate cases of corruption in the natural resources sector. Corruption linked to the forestry, mining and plantation industries leads to billions of dollars in state losses each year, the coalition said, with the country’s natural resources being used as a virtually bottomless piggy bank by corrupt officials.

(06/03/2013) In a patch of rainforest in northern Sumatra, a 28-year-old in a jeans and tall rubber boots snubs out out his cigarette and pulls a headlamp over his short black hair. Standing under a tarp, he flicks the light on and leans over the entrance of a narrow shaft lined with wooden planks that he and other miners cut from trees that once stood here. He gives a sharp tug on a rope that dangles 100 meters, plateauing in sections, and slides down. For hours, the man, Sarial, will use a pick to scrape away and bag rocks that are hauled to the surface by another miner, using a wooden wheel.

(05/07/2013) Exposure to dangerous chemicals from toxic waste sites may be creating a public health crisis in developing countries comparable to that caused by malaria or even air pollution, a new study suggests, highlighting the urgent need to clean up toxic waste. In a study published on Saturday in Environmental Health Perspectives, researchers calculated the number of ‘healthy years of life lost’ due to ill-health, disability or early death in individuals at risk of exposure to chemicals at 373 toxic waste sites in India, the Philippines and Indonesia.