Clawing their way to the top: lions vs. giraffes!

A male giraffe contentedly strips leaves from an acacia tree on the Serengeti plains.  He wraps his long, flexible tongue around the sharp  thorns of the tree branch and plucks it clean, leaf-by-leaf.  He has  superb eyesight and hearing and these senses are mounted on the  tallest watchtower in the animal kingdom.

This time though, he does not see or hear danger slinking towards him.  A lion creeps towards the giraffe from the rear. The giraffe does not see the golden cat in the tall yellow grass, nor does it hear or smell it until it is too late to run.  The lion launches itself at the giraffe, attacking the giraffe’s hindquarters with its massive paws and grasping it with its claws. A struggle ensues as the giraffe bucks and shakes, kicking at the lion with its sharp hooves.  The giraffe manages to break the hold of the lion’s paws and run away to safety – for now.

Lions are the main predators of giraffes. They attack both giraffe calves and adults.  More than half of giraffe calves never reach adulthood and lion predation may be the leading cause of death.  Lions hunt subadult and adult giraffes also, although people rarely see these attacks.  George Schaller, a famous biologist, observed only 10 lion attacks on giraffes in his three-year study of lions in the Serengeti.  If lion attacks on giraffes are rarely witnessed, then how can scientists learn about how often they happen and how successful they are? 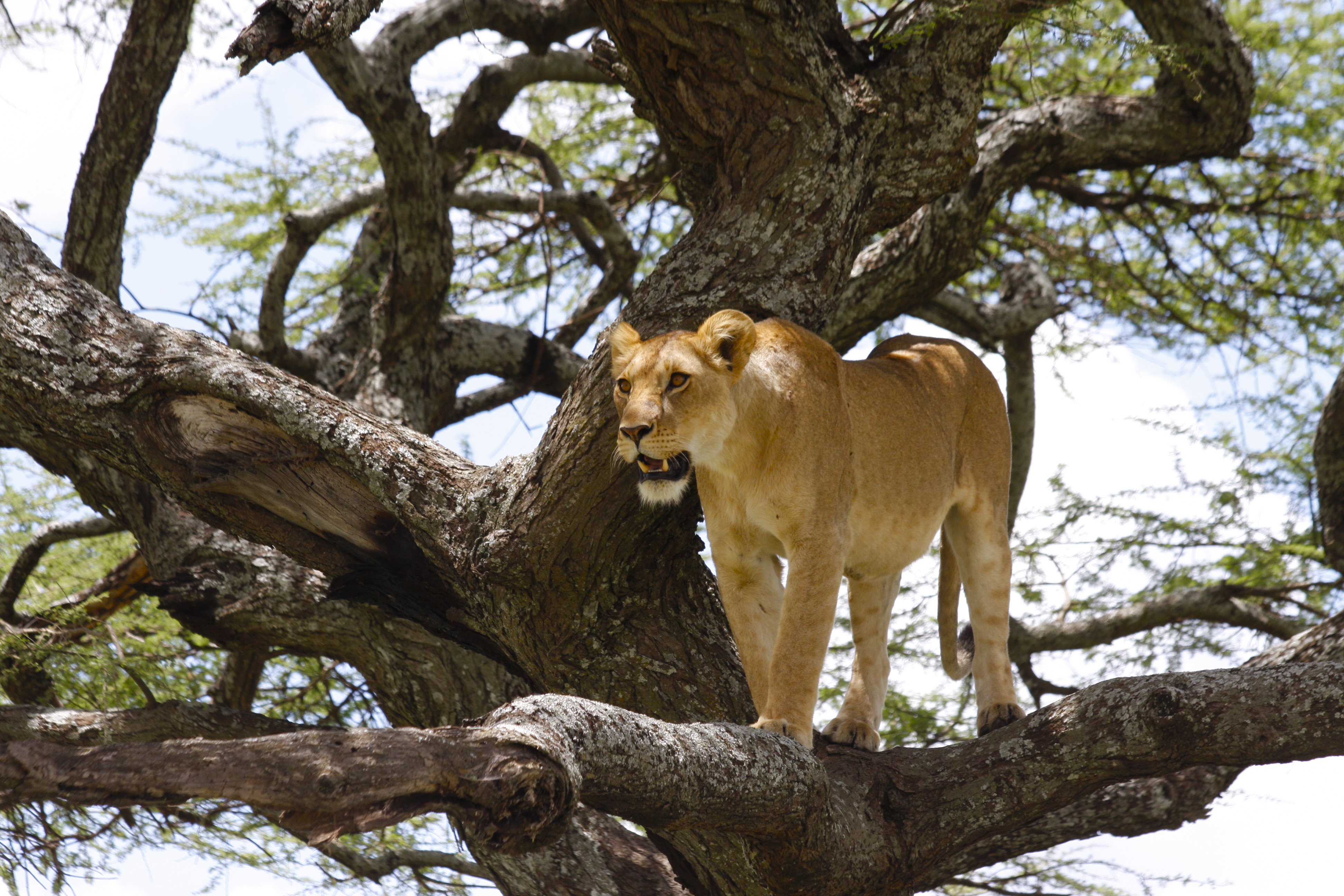 Megan Strauss studies the ecology and behavior of giraffes in the Serengeti ecosystem in Tanzania.  She has photographed hundreds of individual giraffes.  She noticed some interesting scars on the bodies of the giraffes in her study population and wondered what caused them.  The answers surprised her.

“When I examined the scars through my binoculars and zoomed in on digital photographs, it was clear that these scars were caused by lions,” she said. “I did some reading and discovered that marine biologists use predation scars observed on living whales and dolphins to learn about their predators, so I thought this would be an exciting new method to apply to giraffes.” 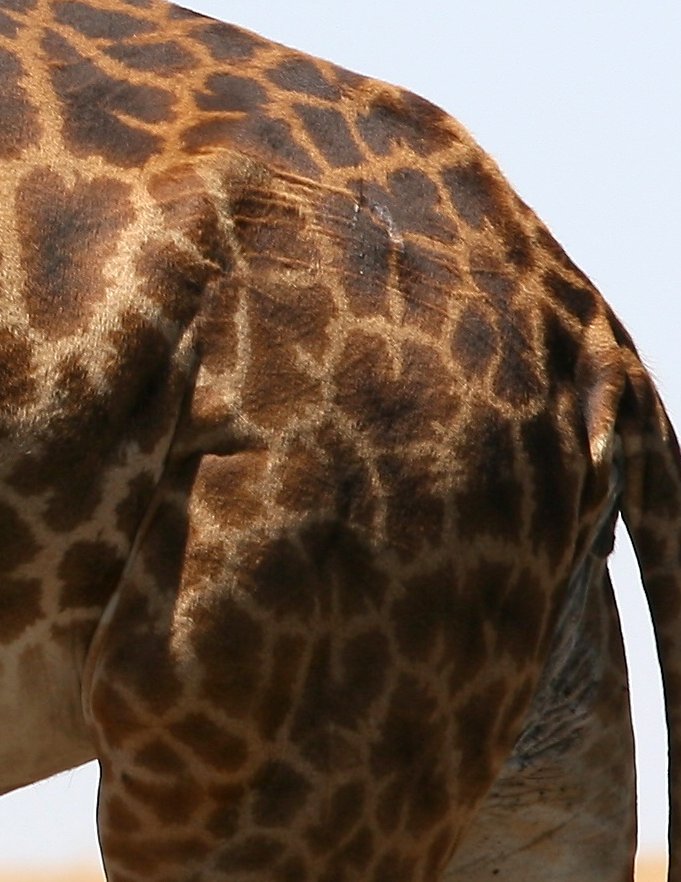 The first question that Megan faced was how to tell that the claw marks she observed on the giraffes were really from lions.

“Lions, like other felids, rely on powerful forelimbs and retractable claws to grab hold of prey,” she said. “Whereas hyenas, which prey on young giraffes, grab hold of prey with their strong teeth and jaws, leaving puncture wounds. As a lion drags its claws along the skin of its prey, it leaves a pretty distinctive set of parallel incisions. (Imagine dragging your fingernails through the mud.)”

Scientists can learn several things about how lions attack giraffes based on the claw marks that lions inflict during failed hunts.  Most of the lion claw marks are found on the hindquarters of giraffes, confirming that lions attack giraffes from behind.  This makes sense because giraffes have thick skin on their neck and fronts that is difficult for lions to penetrate.  There are more claw marks on giraffes in more densely wooded areas of the Serengeti than in open grassland areas.  This may be because it easier for giraffes to see lions in open areas than in woodlands where the lions can better hide.

No claw marks were found of giraffe calves.  When lions attack giraffe calves they probably always succeed with their hunt.  When giraffes were found with missing tails, there were always claw marks on their tail stumps, hind legs or rumps.  Even if the lion didn’t successfully hunt giraffes with amputated tails, they can make their lives miserable because losing a tail may make it difficult for a giraffe to swat away biting tsetse flies or knock Acacia thorns out of its skin.

“Yes!” said Megan Strauss. “An attacked giraffe kicks vigorously with its forelegs and hind legs and poses a serious threat to a lion. Adult giraffes have severely injured and even killed lions with well-placed kicks. Attacking a giraffe is risky business for a lion.”

There are recorded incidents of giraffes decapitating lions with their kicks.  One successful lion kill of a giraffe was observed where the lion brought its prey down on top of itself and was crushed to death!

Lions and giraffes have been locked in combat for millions of years and hopefully will continue their drama in the future with efforts to preserve them and their ecosystems.  There is still much to learn about how lions hunt giraffes.  The “autographs” that lions leave on giraffes with their claw marks are one tool that scientists can use.

All photos were taken by Megan Strauss.